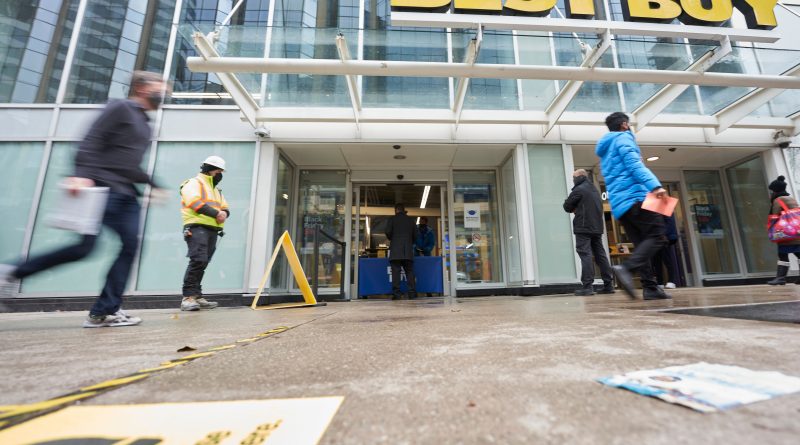 Customers wait outside of a Best Buy store in downtown Toronto, Ontario on November 23, 2020 to pick up their online orders.

Here’s what the company did for its fiscal third quarter ended Oct. 30 compared with what Wall Street was expecting, based on a survey of analysts by Refinitiv:

The consumer electronics retailer has seen sales jump during the pandemic, as Americans upgraded the technology in their home offices, bought new appliances for their kitchens and invested in home theaters. During the third-quarter, Best Buy said it saw those trends continue as home theaters and appliances lifted sales, along with smartphones.

Excluding items, it earned $2.08 per share, higher than the $1.91 per share expected by analysts surveyed by Refinitiv.

However, analysts are concerned that Best Buy could see sales weaken as consumers shift spending to other areas like travel and entertainment. That may force the retailer to offer more promotions on laptops, smartphones and more — even as supply chain related costs remain high.

The company raised its forecast slightly for the year to reflect the third quarter’s gains, saying it now expects revenue of between $51.8 billion to $52.3 billion compared with the prior outlook of $51 billion to $52 billion. It expects same-store sales growth of 10.5% to 11.5% for the year.

For the fourth quarter, it says it anticipates revenue of $16.4 billion to 16.9 billion, and same-store sales in the range of 1% growth to 2% decline.

CEO Corie Barry said the company is positioned well for the future. She said in a press release that Best Buy reached its fastest shipping times ever for small packages and that same-day delivery rose 400% in the third quarter compared with last year. Plus, she noted, digital sales were more than double pre-pandemic levels, even as customers returned to stores.

Chief Financial Officer Matt Bilunas said the retailer is also pushing ahead with new ways to make money, including its membership program, advertising and expansion into health care.

“We are looking forward to a strong holiday season and believe we are extremely well-positioned with both the tech customers want and fast and convenient ways to get it,” he said in a press release.

Bilunas said promotion levels were higher in the third quarter than a year ago, but lower than the same period in 2019. He did not offer an outlook for next year, but said Best Buy expects it will have to offer deeper discounts in the quarters ahead.

“Clearly, as inventory becomes more free, you could imagine that promotionality is going to start to increase in categories more one at a time as we get into next year,” he said on the company’s earnings call.

Instead of competing with rivals on price alone, Barry said on the earnings call that the company can stave off discounts and stand out by offering speedy delivery of online purchases and superior customer service. One way it’s doing that is through its new membership program, Totaltech, that includes perks like tech support and costs $199.99 per year.

“The goal is to create an experience that makes it inconceivable for members to purchase their tech from anyone else, driving a larger share of consumer electronic spend to Best Buy,” she said.

Best Buy is already an authorized service provider for Apple, which allows employees to troubleshoot tech problems and repair mobile phones, Barry said. It recently added Samsung certified repairs, which will be another store traffic driver, she said. 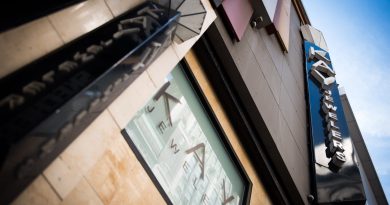 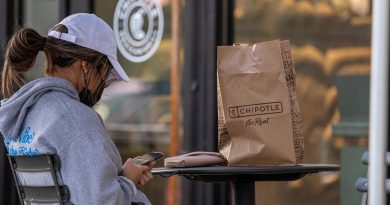 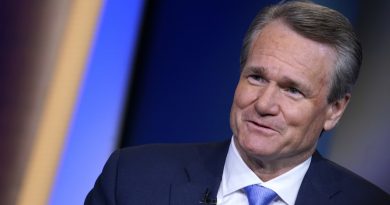