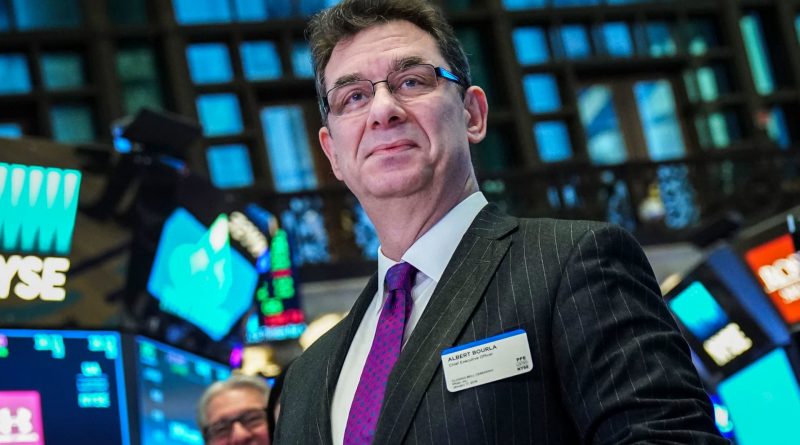 Pfizer on Tuesday cut its 2022 earnings guidance, despite reporting first-quarter results that beat on the top and bottom lines due to strong Covid vaccine and antiviral sales.

The pharmaceutical giant now expects earnings per share of $6.25 to $6.45 for the year, down from its previous outlook of $6.35 to $6.55 per share. Pfizer attributed its lower earnings guidance to research and development costs, as well as foreign exchange as the U.S. dollar strengthened against other currencies. However, the company is still projecting $98 billion to $102 billion in total sales for 2022.

The company’s first-quarter revenue grew 77% to more than $25 billion compared with the same period last year, driven by $13.2 billion in Covid vaccine sales in the quarter and $1.5 billion in sales of its oral antiviral treatment Paxlovid.

Pfizer booked net income of $7.8 billion, a 61% increase over the first quarter of 2021. Adjusted first-quarter earnings grew 72% to $1.62 per share compared with the same period last year.

Here’s how the company performed compared with what Wall Street expected for the first quarter, based on analysts’ average estimates compiled by Refinitiv:

Pfizer said booster doses and shots for children drove its Covid vaccine revenue in the quarter. Paxlovid sales were propelled by the antiviral treatment’s launch in the U.S., which has ordered 20 million courses. The Food and Drug Administration authorized Paxlovid in December.

Pfizer reaffirmed its full-year 2022 guidance of $32 billion in Covid vaccine sales and $22 billion for Paxlovid. CEO Albert Bourla, in an earnings call Tuesday morning, said Paxlovid has received regulatory authorization in more than 60 countries and Pfizer is in discussions to bring the oral antiviral to additional markets.

In the U.S., Paxlovid prescriptions have grown tenfold with nearly 80,000 patients treated with the antiviral the week ended April 22, up from a total of 8,000 patients in the week ended Feb. 25, Bourla said. Paxlovid has a 90% market share in the U.S. retail pharmacy, long-term care and mail-order markets compared with Merck‘s molnupiravir, Bourla said. More than 33,000 sites in the U.S. now have supply of Paxlovid, Bourla said, a fourfold increase over February.

Pfizer is ramping up production of Paxlovid, with 6 million courses produced through the end of March, the CEO said. The company is on track to manufacture 30 million courses in the first half of 2022 and 120 million by the end of the year, Bourla said.

Angela Hwang, Pfizer’s head of biopharmaceuticals, told analysts Tuesday that the company expects demand for Paxlovid to remain strong. As nations lift public health measures, Covid transmission will increase and more people will need need treatment for infections, Hwang said. Pfizer ships every dose that is produced and does not keep inventory on hand, she said.

Paxlovid is an effective treatment for people who have Covid, but it does not prevent infection. The medication reduced the risk of hospitalization or death from Covid by 90% in a clinical trial of adults who caught the virus and were at high risk of developing severe illness. However, it failed to prevent infection in separate trial results published Friday by Pfizer.

Pfizer’s vaccine is the most administered Covid shot in the U.S. and the European Union. In the U.S., everyone age 5 and older is eligible for at least a primary series of two doses.

Pfizer is seeking FDA authorization of its three-dose vaccine for children under 5 years old, the only age group left in the U.S. that is not yet eligible for a shot. The FDA had originally sought to authorize the first two doses in February, but Pfizer postponed its application because the data wasn’t good enough. Mikael Dolsten, Pfizer’s chief scientific officer, said the company will submit data on the third dose by the end of May or early June.

Bourla, in a podcast interview last month, said a third dose should significantly increase protection for the youngest children. The CEO said he hopes the FDA will authorize the vaccine in June.

Pfizer also recently asked the FDA to authorize a third dose for children ages 5 to 11, the only age group eligible for vaccination that cannot yet receive a booster shot in the U.S.

Dolsten said Pfizer is expecting a new booster campaign in the fall pending a decision by the FDA, which would mean fourth shots for the general population. Most people will likely need an annual vaccination against Covid after that, he said.

The FDA advisory committee will meet on June 28 to discuss redesigning the Covid vaccines to target mutations the virus has developed since 2019. The current vaccine still targets the original strain that emerged in Wuhan, China. Pfizer and its partner, BioNTech, are working on a shot that targets both the Wuhan strain as well as the mutations of the omicron variant.

Bourla said Pfizer will be ready to ask the FDA to authorize its updated vaccine and start manufacturing doses as soon as the regulator decides which virus strains should be included in the new shots. 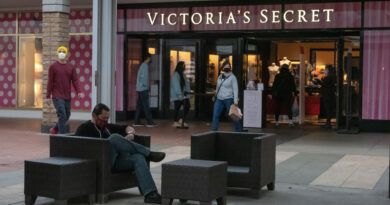 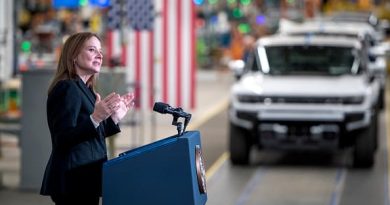 What investors should know before Tuesday’s fourth-quarter earnings 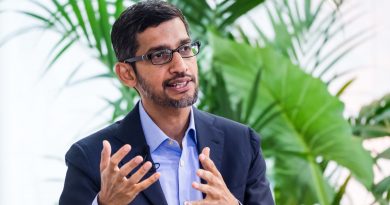