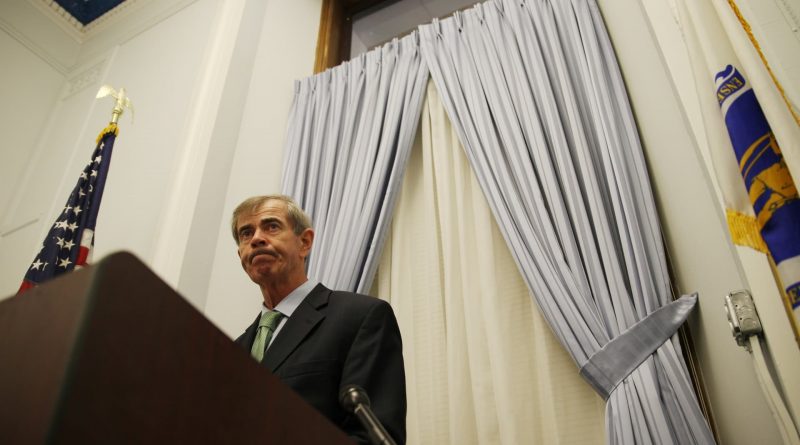 William F. Galvin, Secretary of the Commonwealth of Massachusetts, at a press conference on Sep. 10, 2018. Galvin championed a state rule governing investment advice, which a judge invalidated in March 2022.

Michael Swensen for The Boston Globe via Getty Images

The fight to protect consumers from bad investment advice has been a multi-year saga.

At first blush, it may seem a losing battle: In March, a judge struck down a Massachusetts rule that aimed to clamp down on unscrupulous investment brokers. The holy grail for consumer advocates — an Obama-era U.S. Department of Labor rule to protect retirement investors — also died in court in 2018.

Since then, consumer groups have bemoaned a lackluster roster of federal and state oversight.

A number of them say recent measures from the Securities and Exchange Commission and National Association of Insurance Commissioners — which outline rules for brokers to give financial advice that’s in the “best interest” of clients — are basically straw men.

More from Your Money Your Future:

Here’s a look at more stories on how to manage, grow and protect your money for the years ahead.

However, there is broad disagreement on this point.

NAIC President Dean Cameron, for example, said its measure was “bipartisan” and a “significant advancement” for retirees. And proponents of the SEC rule call it a monumental leap forward, the culmination of a Dodd-Frank Act directive in 2010 for the regulator to study more stringent rules for brokers.

In addition, many financial industry players who fought the Obama-era advice rule thought it would have negative effects for consumers.

“I think we’re in a much better place with the receipt of investment advice for investors,” said Lisa Bleier, associate general counsel at the Securities Industry and Financial Markets Association (SIFMA), a trade group that represents brokerage firms.

Meanwhile, many legal experts acknowledge that there has been positive change for consumers, despite the debate over how quickly reforms have happened and a granular focus on wins and losses.

“It is two steps forward, one step back,” said Fred Reish, an investment-advice expert and partner at the law firm Faegre Drinker Biddle & Reath. “But if you ignore those back steps and look at this over a five- or 10-year period, the trend line is definitely toward greater protection for investors, and [especially] for retiree investors.

“You can see a better world developing in the marketplace,” Reish added.

A web of rules

Investment advice may not sound like a complex concept. Yet underneath that “simplicity” is a web of rules and regulations.

For example, financial advisors, insurance agents and brokers are beholden to different rules about how they can treat customers when giving advice.

Further, one advisor might have different obligations based on the financial product they recommend to a client (a variable annuity, fixed annuity, life insurance or mutual fund, for example). The rules can also differ based on the type of account in which that investment is bought (perhaps an individual retirement account or a taxable brokerage account).

Advisors and brokers are supposed to disclose all of this (and, in some cases, avoid it outright), but clients may not have the wherewithal to make sense of the legal jargon and rules.

They’re sort of tightening the screws.

Basically, there are many shades of gray. The perpetual concern of consumer advocates is that loose rules permit advisors to enrich themselves at customers’ expense.

This is the thicket into which regulators have waded and intervened. To varying degrees, they’ve tried placing more of a burden on “salespeople” (advisors, brokers and their firms) to give good advice to clients rather than on consumers to figure out if they can trust that advice. That might involve reducing conflicts of interest relative to the broker’s compensation, for example.

The gold standard, for consumer advocates, is a “fiduciary” standard of care.

The fiduciary standard of care requires that a financial advisor act solely in the client’s best interest when offering personalized financial advice.

“You have an increasingly complex financial world, and you have consumers who by and large receive no education, who have no basis for reading 30-page documents and fine print and understanding what the industry terminology means,” Reish said. “It’s a hard world where consumers have to rely on their advisors.

“It’s too complicated and too dense not to do that.”

This is happening against the backdrop of a huge demographic shift in the U.S., as thousands of baby boomers hurtle into retirement every day.

Many are making important decisions that will have a bearing on their financial stability over a decades-long retirement: Should I roll money out of my 401(k) plan? Should I use those funds to buy an annuity?

“There have been some wins and some losses, but the trajectory is positive in terms of strengthening standards and not weakening them, by and large,” Micah Hauptman, director of investor protection at the Consumer Federation of America, an advocacy group, said of investment-advice rules.

“[But] we have a long way to go to get to where investors are getting high-quality, unbiased advice they expect,” he cautioned.

General optimism from consumer advocates piggybacks on two recent developments from the Labor Department and the SEC.

The Trump-era labor bureau issued a rule in December 2020 that, most importantly, reflected a change in attitude around the action of recommending a “rollover.”

This is when an advisor or broker tells an investor to liquidate savings in a workplace retirement plan like a 401(k) and reinvest those funds in an individual retirement account. This can prove lucrative for brokers (depending on the IRA investment) since they often earn a commission for that sale.

Around $534 billion was rolled from workplace plans to IRAs in 2018 — more than seven times the $70 billion of new contributions to IRAs that year, according to the Investment Company Institute, citing most recent IRS data. In 2016, 84% of traditional (pre-tax) IRAs were opened only with money from rollovers.

For decades, brokers have been able to avoid a “fiduciary” duty relative to those rollover recommendations due to certain workarounds available under the Employee Retirement Income Security Act of 1974.

The Labor Department’s 2020 update restricts those workarounds in some cases, according to legal experts.

Rollover advice is now fiduciary (and therefore held to a higher legal standard) if the broker continues to give “regular” advice to that client afterward, financial experts said.

That might include a quarterly or even annual check-in to say that a client’s investments look good and to hold steady, or to recommend some buying and selling. (The Labor Department doesn’t define what constitutes “regular.”)

This Labor Department interpretation is more stringent than its earlier framework and will likely impact how the bulk of brokers give rollover advice, legal experts said.

“The tone of the authority is, ‘[brokerage firms seeking rollovers had] better be concerned about this,'” said Andrew Oringer, a partner at Dechert who leads the law firm’s national fiduciary practice.

“[Brokers’ rollover] solicitations will probably look different,” Oringer added. “Instead of one that says to a customer, ‘Hey, do this,’ it’ll be one that says, ‘Hey, we want you to consider doing this, here’s some information, pros and cons, and other available options.”

While an improvement, it’s still not a strong-enough protection for retirement investors, Hauptman said.

The rollover rules take effect June 30. Many brokerage firms are still determining how best to put these rules into practice and have reached different conclusions, SIFMA’s Bleier said.

“There are a variety of ways firms are choosing to interpret it, and I think they have that flexibility to do so,” she said.

The SEC and Regulation Best Interest

The Trump-era SEC issued an investment-advice rule — Regulation Best Interest — in 2019 that consumer advocates thought fell short in many respects.

At the time, SEC Commissioner Robert Jackson Jr., the lone dissenting vote against the measure, said the rule “exposes millions of Americans to the costs of conflicted advice.” Not all agreed, though; Commissioner Hester Peirce, for example, said “the balance we have struck is a good one.”

“[Regulation Best Interest] is the improvement,” Kevin Carroll, associate general counsel at SIFMA, the securities industry trade group, said of the pace of investment-advice reform. “I think it’s a wholesale rewriting of the standard of conduct,” he added.

Firms had to comply with the new rules by June 2020. The SEC issued a bulletin in March this year that explains how agency staff will investigate certain violations of the regulation among brokerage firms.

The memo outlined conduct the Biden administration will and won’t frown upon during its examinations, specifics that weren’t present in the original rule and could have been left open to interpretation, according to legal experts.

You can see a better world developing in the marketplace.

For example, the SEC memo outlines cost factors a broker must weigh in any advice, including investment fees, transaction costs, tax considerations and distribution fees. The agency also outlines distinct issues brokers must consider for rollovers, among other things.

He offered this explanation: Let’s say a particular rule tells individuals to “be good” in their everyday lives, with an open-ended definition of “good”; but guidance later defines “good” as avoiding more than two glasses of alcohol with each meal and getting home before 9 p.m. each night.

Carroll pointed to language in the SEC bulletin as evidence of the overall strength of Regulation Best Interest.

In it, agency staff write that the rule’s updated rules for broker behavior, when compared to a fiduciary standard for advisors, “generally yield[s] substantially similar results in terms of the ultimate responsibilities owed to retail investors.” (The staff caveats that the rules may “differ in some respects and [can] be triggered at different times.”)

“It is young [and] I’m sure there will be further enhancements,” said Carroll, adding: “[The rule] is doing what it’s supposed to do, and has a lot of eyes on it.”

The strength or weakness of the Labor Department and SEC actions depend on how the agencies oversee these standards — and those are liable to change based on the whims of new presidential administrations.

“Ultimately, [success] really depends on how these rules are enforced and it’s too early to tell how enforcement will move the ball forward for investors,” Hauptman said.

Further, last month’s ruling against Massachusetts’ investment advice rule likely won’t have a chilling effect on other states that hope to change their own standards, legal experts said. The judge invalidated the rule for a fairly narrow procedural reason instead of a larger one dealing with the rule’s substance, experts said.

William Galvin, secretary of the Commonwealth of Massachusetts, championed the state investment rule.

“I do not think any general conclusions can be drawn from the decision of the Massachusetts Court invalidating the Secretary’s fiduciary duty rule,” Marcia Wagner, founder of The Wagner Law Group, said in an e-mail.

Galvin’s office hasn’t yet decided whether it will appeal the decision, according to spokeswoman Debra O’Malley. 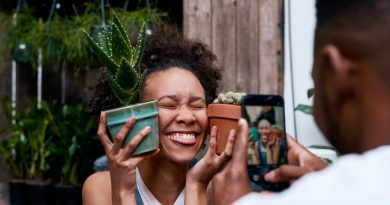 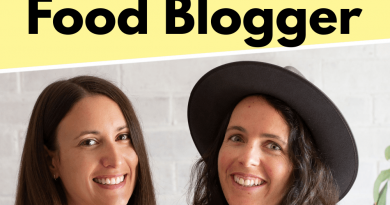 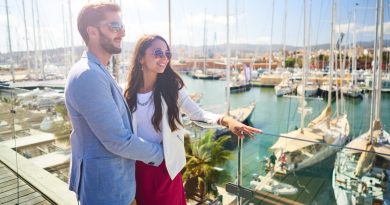 Most millennial millionaires believe economy will improve by year-end