If you aren’t retired yet, you can’t possibly know what your future will really look and feel like. As with previous life transitions (getting married, having kids, switching jobs), there are more unknowns than knowns. And, there are probably quite a few assumptions you have –some fact and some fiction – about this stage of life. Here are 12 ways you might want to rethink retirement to help you be more prepared for what lies ahead.

According to new research from Human Interest, a full 71% of people who struggled financially during the pandemic intend to delay their retirement.

The good news? Not everyone struggled during the pandemic. And, if you did, maybe you can be comforted by the fact that working is proven to keep you young and vital.

It May Be Better News for You: If you did okay through the last few years and have been saving and planning, then an early retirement may be perfectly reasonable. Don’t let the financial doom and gloom hold you back.

Make a plan. Then, make a plan for a worst case economic scenario. And, get yourself retired.

Research on the subject of relocating for retirement is very mixed. The recent Human Interest survey found that 67% want to move for retirement. (NOTE: 10% saying they intend to hit the road full time in an RV or with a trailer.)

However, earlier research from AARP suggets that 77% of people want to stay put in retirement.

So what is fact and what is fiction? Well, like most things in life, it depends on you and your reality.

While retirement is a time of poverty for many many people, we do have a safety net. It is possible to live on Social Security alone and, if you run through all of your assets, then you can qualify for Medicaid and get at least a baseline of medical care. The worst case is not great, but if you are resourceful and mentally resilient, you’ll probably get by.

But, if you are reading this blog, you are probably not going the route described above. You know that if you plan ahead, you can make financial moves now, then you can mitigate some of the possible results coming from a worst case scenario.

Use the NewRetirement Planner to explore:

Retirement involves a lot of unknowns and some big changes to your lifestyle and financial mindset. It is very normal to feel some fear as you approach your retirement date.

It is especially true if you are well informed about personal finance. You know what all could potentially go wrong.

Feeling worried: Here are 9 ways to overcome the terror of spending you nest egg.

Nearly half of the Human Interest survey respondents (47%) said they think you can be “too old” to start saving for retirement. This belief was true of people under 30 as well as those in their 40s, 50s, and 60s.

Oh my, this couldn’t be farther from the truth. It is never too late to start saving and you can make really big gains even late in life.

Let’s say that you have just turned 55 and you have no retirement savings. However, your birthday is a wake-up call for you, so you decide then and there to max out your retirement contributions to your 401(k) and IRA.

Use the NewRetirement Planner to see the impact on your financial security of saving more.

Study after study has shown that the vast majority of people are financially illiterate.

But, you know what people do know? They know that financial education is useful. The Human Interest study shows that nearly three-fourths (73%) of employees wish they had better 401(k) guidance at work; only 5% disagree.

Have you tried the NewRetirement Classroom? Check it out and increase your financial know-how.

A Merrill Lynch study found that you are very likely to have a happy retirement. In fact, you might be surprised to learn that it is probably going to be the best time of your life!

If you are retired, you are likely feeling pretty good — much better than those worried millennials.  According to the study, of all times in our life, we are happiest and most content between the ages of 65 and 74.

Consider these comparisons showing how happiness, contentment, and relaxation soar, while anxiety seems to plummet in retirement:

This research is backed by numerous studies on the U curve of happiness. Learn when happiness peaks.

8. Arguably a Fact: Time is More Valuable than Money (and You Have a Lot More in Retirement)

Numerous philosophers have persuasively argued that time is more valuable than money.

Seventy-nine percent of retirees say that in retirement they finally have the amount of free time they desire.

How much time is that – on average?

According to studies, retirees have 7.5 hours of free time each day.  Among all baby boomers, that will add up to 2.5 trillion hours over the next two decades.  That is a lot of fun to be had!

And it does not seem to matter how much money you have — you are, after all, rich in time.  Studies find that across all levels of assets, retirees report that that in retirement, they are happier with the freedom of time.

The idea of retirement being a one-day transition is long gone for most.

The Human Interest research found that 69% of all respondents define retirement as a gradual easing out of work, not an abrupt stop.

So, how much work can you do and be considered retired? For many retired is more of a mindset than a number of hours on the job. You probably know someone who works 50 hour weeks and thinks of themselves as retired.

However, the average survey respondent said that you can work up to 11 hours and still be considered retired.

Ken Dychtwald, psychologist, gerontologist and founder and chief executive of Age Wave, a consulting and research company, told the New York Times, “For our first 30 years of life, our focus is on biological development, making friends, identity formation and seeking a partner. Then, from 30 to 60, it’s a period occupied with building a family and a productive career. However, because of medical breakthroughs during the 20th century, what is now emerging is a whole new stage of life between 60 to 90.”

You need to be mentally, socially, emotionally, and financially prepared for this long stage of life.

Dycchtwald believes that it is important to stay vital, engaged and relevant in retirement. But, that can be difficult without the purpose and structure that work gives to life.

He said, “Our studies were showing that many retirees were feeling bored and irrelevant, for decades. And I also began to notice that what was emerging was that some of the most successful role models for me weren’t winding it up when they turned 65. In fact, they were reinventing themselves and starting charities or organizations, or staying longer with their companies — with many even doing their best work.”

He continues, “I have been very troubled by the lack of usefulness among so many of my cohort. I’ve observed far too many boomers and older adults make themselves irrelevant. I was really troubled when I read that last year the average American retiree watched more than 48 hours of television per week. I don’t believe that’s the best we can do, or that’s the best we can be as elder men and women.”

Think Big: Dycchtwald believes that retirement is a time to think big. He said, “Far too many think far too small. I have asked thousands of people from all walks of life over the years who are nearing retirement what they hope to do in retirement. They tell me: “I want to get some rest, exercise some more, visit with my family, go on a great vacation, read some great books.” Then most stall. Few have taken the time or effort to study the countless possibilities that await them or imagine or explore all of the incredible ways they can spend the next period of their lives.”

According to research from Charles Schwab, only 33% of Americans have a written financial plan, making personal finance, the least adopted habit – by far – that is important to your long term well being and living your best life.

Having a financial plan has myriad concrete benefits:

The NewRetirement Planner is the most comprehensive modeling engine in the game. Using your inputs, our algorithm runs every possible scenario—even ones that may break every rule in the book—to help you see where you stand now and find the best plan to improve your use of your money and time.

It’s easy to get started. We’ll walk you step by step to better habits, improved outcomes, and the life you want. 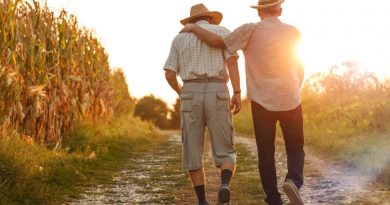 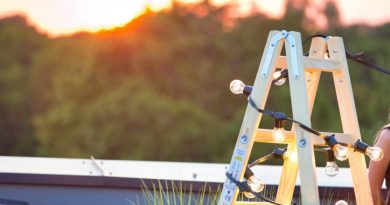 Is a Bond Ladder Strategy Right for Your Retirement? 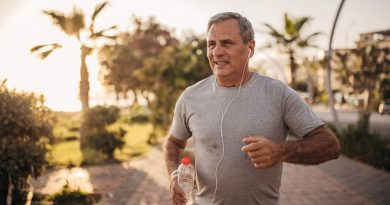