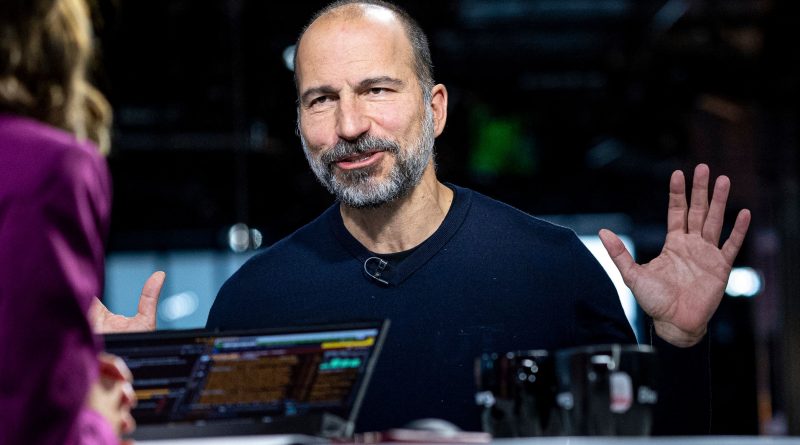 Uber reported fourth-quarter earnings after-the-bell on Wednesday. The company beat analyst estimates on revenue for the quarter and said it’s starting to bounce back from headwinds caused by the omicron coronavirus surge.

The company’s stock was up more than 7% in after hours trading.

The company reported a net income of $892 million, which includes a $1.4 billion net benefit, pre-tax, related to its equity investments.

Its adjusted EBITDA, or earnings before interest, taxes, depreciation and amortization, was $86 million. That’s up $540 million from the same quarter a year ago.

Here’s how Uber’s largest business segments performed in the fourth quarter of 2021:

The company’s delivery segment, which includes its Uber Eats business, has continued to hold up. In an update to shareholders, the company said that its number of delivery merchants grew to more than 825,000. Delivery revenue of $2.42 billion outperformed the $2.28 billion generated by its core ride-hailing business. Freight revenue was up 245% year-over-year to $1.08 billion.

In a statement, Uber CEO Dara Khosrowshahi said that the omicron coronavirus variant weighed on its business, but numbers are starting to recover.

“While the Omicron variant began to impact our business in late December, Mobility is already starting to bounce back, with Gross Bookings up 25% month-on-month in the most recent week,” Khosrowshahi said.

Executives are expected to further comment on the company’s first-quarter ride and delivery projections during its investor call set for 5 p.m. ET. Otherwise, Uber has continued to show signs of pandemic recovery in the U.S.

Uber reported 1.77 billion trips on the platform during the quarter, up 8% from the prior quarter and 23% from 2020. Monthly active platform consumers reached 118 million, also up 8% in the quarter. Drivers and couriers earned an aggregate $9.5 billion in the quarter.

Another marker of pandemic recovery, airport gross bookings represented 13% of its mobility gross bookings. That marks a 24% increase over the third quarter and nearly 200% from the same period a year ago.

For its first quarter of 2022, Uber said it is projecting gross bookings of $25 billion to $26 billion. It anticipates adjusted EBITDA of $100 million to $130 million.

Uber’s largest American competitor Lyft reported their fourth-quarter financials Tuesday. The company beat estimates on adjusted earnings per share and revenue but said it had fewer active riders than in the prior quarter. It also warned that omicron was weighing on its first-quarter results. 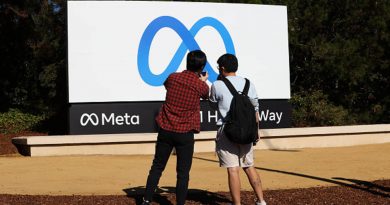 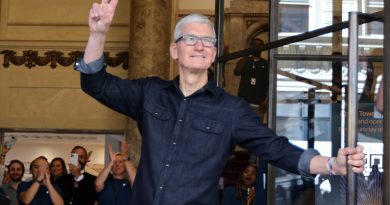