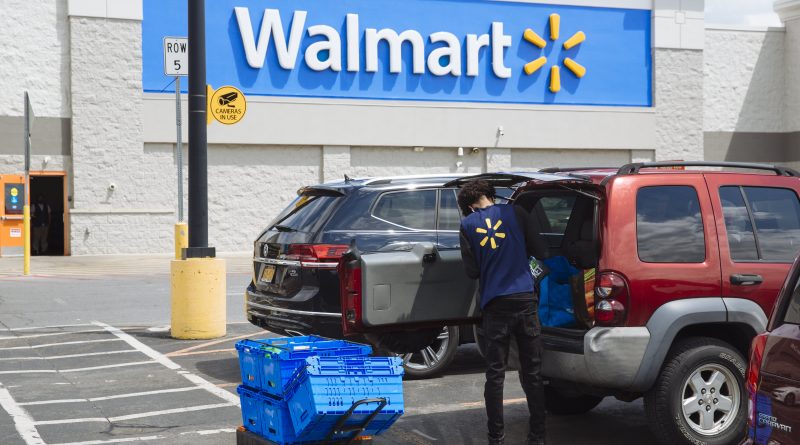 A worker delivers groceries to a customer’s vehicle outside a Walmart Inc. store in Amsterdam, New York, on Friday, May 15, 2020.

Walmart topped quarterly earnings estimates on Thursday after shoppers turned to the retailer for groceries and gifts over the holidays and said it’s focused on value as some customers grow nervous about inflation.

The company said it’s on track to hit its long-term financial targets, which call for adjusted earnings per share growth in the mid single-digits in the new fiscal year. Growth at that pace is above average analyst forecasts.

Chief Financial Officer Brett Biggs said in a CNBC interview that the discounter is closely watching price gaps as inflation drives the costs of meat and other foods higher.

“We know that consumers are focused on inflation, and we’re continuing to watch key item pricing to ensure that we help them through this,” he said. “This type of environment plays to our strengths.”

Yet he said growth is driving up Walmart’s total sales as store and website traffic increased 3.1% and the company gained market share in grocery in the quarter.

Here’s what the company reported for the fiscal fourth quarter ended Jan. 31, according to Refinitiv consensus estimates:

Walmart posted net income of $3.56 billion, or $1.28 per share, compared with a loss of $2.09 billion, or 74 cents per share, a year earlier. Excluding items, the company earned $1.53 per share. Analysts were expecting Walmart would earn $1.50 per share, according to Refinitiv.

Walmart’s same-store sales in the U.S. rose by 5.6%, excluding fuel, matching the 5.6% expected by a StreetAccount survey.

Walmart’s e-commerce sales in the U.S. increased 1% versus the year-ago quarter — or 70% on a two-year basis.

Walmart raised the company’s dividend by a cent to 56 cents per share, and said it plans to repurchase $10 billion of its own stock in fiscal 2023.

Walmart’s stock has underperformed the broader market. As of Wednesday’s close, shares of the company had fallen 9% over the past 12 months compared with 14% growth of the S&P 500 and 1% growth of XRT, the exchange-traded fund for the retail sector. 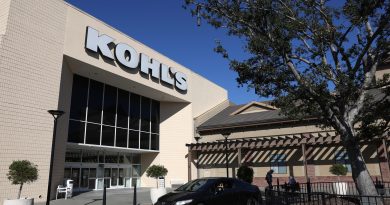 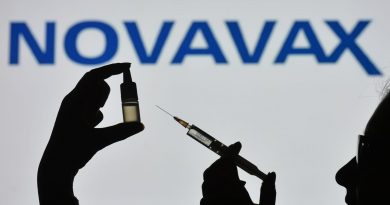 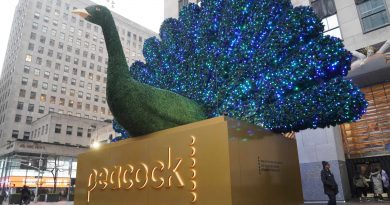