Everywhere you look these days, it seems that prices are rising. Gas, airfare, food, and especially housing—all going up. Most are blaming inflation.

Oftentimes, the effects of rising inflation can be seen in higher prices for consumers, elevated costs for production of goods, a reduction in the value of cash, and if we’re lucky—a rise in wages.

Keep reading to learn everything you need to know about the effects of inflation on investing, employment, wages, and everything in between.

What Are the Positive and Negative Effects of Inflation?

Inflation isn’t all bad, and it’s not purely positive either. There’s definitely a fine line between the good it does and when it starts to harm the economy.

Generally, the positive effects of mild inflation may include economic growth, wage improvements, and a stronger dollar value, while the negatives of rising inflation are a shortage of goods and prices that are out of reach for many consumers.

The Effects of Inflation

Inflation Effects on the Value of Money

When inflation and prices are low, a gallon of gas might cost under $3.00 in some places. As inflation takes hold, prices can rise dramatically in a short period of time, resulting in a sudden spike to $4.50 per gallon.

Are you paying more for your total fill-up with the expensive gas? Of course. Has the buying power of your money at the gas station gone down. Yep.

With high inflation, you get less goods and services for your dollars so the value of money goes down.

Consumer goods during inflationary periods are almost always priced higher than normal. This either encourages buyers to stockpile before prices go up more—or turn to alternative products.

Another notable effect of inflation on consumer goods is shortage of supply. A high demand for products such as cars and technology, for example, can result in a strain on the availability of parts to produce them.

When consumer goods can’t be produced on time, there are long waiting periods for delivery of those items and often much higher prices to go with the long wait.

Much of the time, a company must pass on the pricing to the buyers to cover the higher prices of materials that are in short supply. It’s a vicious cycle for sure.

“In a world where inflation is at a high rate, but bouncing up and down to some extent, does a higher price of a good mean that inflation has risen, or that supply of that good has decreased, or that demand for that good has increased?” – Khan Academy

Sometimes when prices are very high, inflation can throw consumers into an even bigger spending frenzy despite the fact that overspending is contributing to rising inflation in the first place.

Sound confusing? It is.

Because of the pandemic, consumers had extra cash laying around due to more time at home, less money spent on entertainment due to lockdowns, and government handouts.

Consider the unprecedented Amazon purchases while people were stuck at home. As online spending kept pace with a Formula 1 race, production of many goods couldn’t keep up. Supply dwindled and prices went up.

A shortage of goods leads to people having to pay higher prices—and leads to a willingness to pay those prices.

Inflation not only affects consumers at the cash register, but it also messes with their heads as they try to decide whether to buy extra stuff “just in case” or stop spending so much because it’s starting to hurt their bank accounts.

Businesses can either suffer or gain during periods of high or rising inflation.

Depending on the product or service they offer, a business with low overhead coupled with high demand can actually profit during a time of high inflation.

If the public wants what they have badly enough, that business can happily raise their prices which will increase their cash flow.

However, a business with rising material costs can face some pretty awful expense nightmares. If a window company faces glass prices that have hit the roof, they must pass the price increase on to consumers or face going out of business.

Alternatively, a business that’s booming during an inflationary period where people are spending like crazy may need to hire more workers, thus supplying more jobs.

Bear with us, this one is a bit complicated. We’ll cover how inflation affects employment, what cyclical unemployment is, and how to protect yourself from the effects on employment.

How Does Inflation Affect Employment?

We know that people’s spending habits must have some kind of effect on a country’s employment rates. Afterall, it makes sense that employers would respond in certain ways when their product is in higher demand vs. lower demand.

The type of unemployment caused by shifts in a country’s economy is considered cyclical unemployment.

Because inflation normally happens in cycles, the results on employment are normally temporary as they follow these trends.

When we try to cool off consumer spending to lower inflation, companies feel the sting of lower profits. At the same time, they must continue to pay normal expenses and production costs.

A big expense is often labor. Thus, if they want to save money, they’ll cut employees. And this can lead to a cycle of unemployment or slightly higher unemployment rates.

If adjustments to curb inflation are done carefully, the rates of unemployment shouldn’t take a big hit and could only be temporary. Serious deflation must be avoided so that mass layoffs don’t go into effect.

How to Protect Yourself from Inflation’s Impact on Employment

As scary as it seems to wonder if you’ll lose your job as inflation increases, there are some things you can do to lessen the anxiety.

Wage changes can be another effect of inflation. As prices for goods rise, people need higher earnings to keep up.

This is when we often see an uptick in wages. The government will sometimes issue fiscal policy that raises the minimum wage, which can be good for employees.

But, is it really that helpful when prices keep rising and those wages are canceled out?

This is exactly what happens with out-of-control inflation. That bigger paycheck doesn’t go very far, so it’s hard to tell that you’re earning more.

This situation pits inflation against wage increases and can be extremely difficult to figure out and implement correctly.

When inflation is stable, interest rates are often fairly low. That’s when we see a lot of people enjoying new homes and cars. The cost to borrow that money is fairly cheap.

As inflation rises and consumer spending heats up, one of the primary tools to begin lowering the inflationary cycle is to raise interest rates.

Therefore, inflation affects interest rates by sending them upward as a way to cool down the number of loans and purchases people are willing to take on.

Say you looked into a car loan for that new Toyota you’ve been eyeing. Last week the interest rate for that loan was only 3%, but this week it’s jumped to 7%. Chances are, you’ll consider putting off that purchase until the interest rate goes back down.

Increasing interest rates lowers inflation because it discourages people from spending their money. When less money is spent, there’s less demand for products, and prices have a chance to cool off.

Simply put, interest rates can be a good tool to calm a demand frenzie so supply can catch up and prices can go down.

You may be wondering what the relationship is between inflation and your investments. As you may have guessed, investing isn’t immune to its swings.

When stock prices are high during an economic boom, investors who’ve already bought those stocks enjoy good returns. This shows that inflation that’s held in check can have a positive effect on many investments.

People’s reactions have a lot to do with how the stock market reacts during periods of rising inflation. There are wild conjectures of what fiscal corrections might be coming and the market goes on a self-made roller coaster of sorts.

What Investments Go Up During Inflation?

While inflation is bouncing around and the stock market resembles Mr. Toad’s Wild Ride, sensitive investors may want to pass on stock investments.

For a more dependable investment that follows inflation trends in a good way, try government bonds called Treasury Inflation-Protected Securities, or TIPS for short. When inflation goes up, you earn a higher interest rate on these bonds.

Another investment option that can be a good hedge against inflation is investing in physical real estate. Many times inflation drives the value of houses upward.

When inflation is up, rent prices usually follow. This is technically (though not necessarily ethically) a way to make extra passive income with real estate investments.

How Does Inflation Affect Your Retirement Investments?

There are decade’s worth of inflation cycles in any economy. It’s a fact of life. If you’re investing for retirement and have many years in front of you, IRA investments and the like will weather these temporary bumps.

There’s a reason Warren Buffet became wildly wealthy with his “buy and hold” strategy. If you buy it and hold on while the economy does its thing, you’ll still come out ahead later on.

Inflation will always cause some loss of buying power in the future, so make sure you’re choosing retirement investments with healthy returns over the long haul.

It’s always recommended to have a well diversified portfolio of investments to protect against inflation consequences.

Cycles of inflation are a normal part of any economy. With decades of weathering these trends under our belts, there’s no need to panic when normal bouts of inflation strike.

As expected, prices will rise in response to high demand and some things may be caught in slow production, but the flip side can also bring higher wages and more employment.

When corrections are needed, the Federal Reserve will do its best to curb the upward trend by raising those interest rates for a time. As consumer spending slows, chances are, the economy will right itself once again. 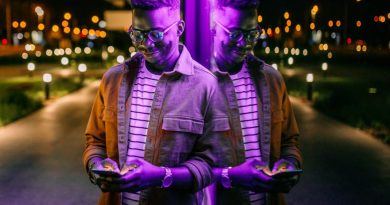 What Is a Cash Management Account And How Does It Work? 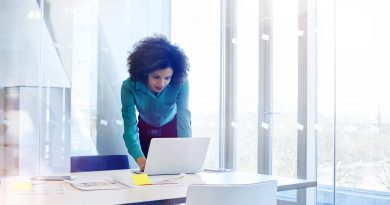 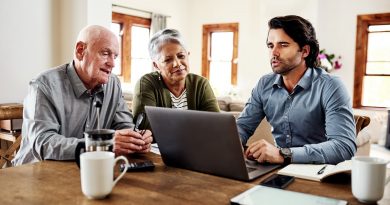